First off, Thank you, Carrie Ann Ryan for putting this St. Patrick’s Day blog hop together!  Loads of sites are participating, and I hope you will take time to hop about and check out some great blogs.  There are two grand prizes on this hop  as well as a prize that I am offering to anyone over 18, for which all you have to do is comment to enter.  Read on for details…

I want to say I loathe St. Patrick’s Day because I’m an Irish-descended contemporary Druid and neopagan, and the one-day annual leprechaunization of the west grates on my culturally sympathetic nerves.   I don’t loathe it, though, because  I know it’s no longer cool to dwell on one more holiday conscripted by a late-blooming religion that claims the day as a long-held authentic tradition.  I also know it’s not cool to point fingers at the culturally appropriated when I’m at best a reasonable modern facsimile of a broken path long-strewn with confusion and misinformation–oh, and bloodshed and tears at the hands of that other religion.  You may remember from ninth grade World Cultures class the Roman and Christian destruction of druidic groves and sacred texts, the near-obliteration of an entire culture.  That stuff.    Or that in all seriousness–I simply don’t find celebrating the memory of a saint with green beer and colcannon while professing love for a country far-removed from most of our schemas very…  spiritual. 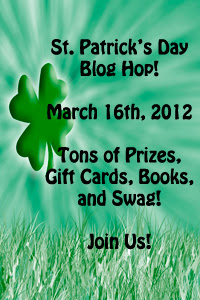 Far be it from me.

While relevant annoyances on the topic, those aren’t my reasons for ambivalence about St. Patrick’s Day.  I’m nonplussed about it because St. Patrick didn’t convert Ireland.  If you read Reconstructionist historical accounts, he wasn’t the first Christian missionary on the isle, and Pagan culture thrived another hundred years after him.  That’s not exactly a smashing success, let alone criteria for a bloody “conversion.”

What I do feel passionate about is how willing we are to take any misguided information and plug it into a holiday (holy day), without considering if it’s accurate.  Frankly, we do that with more than St. Patrick’s Day.  It annoys me that we’re comfortable with letting the history that we want to believe outweigh the history that was, especially if that chosen belief allows us a jab at a different life perspective.  I say this to those who cling to the conquering missionary image of St. P., and to modern Pagans who perpetuate the idea that he brought about a blood bath to wipe out our predecessors.  Neither is true.

The thing is: the history we choose to believe doesn’t change the history that was.  Civilizations–really wonderful, glorious ones–turn over all the time, all through time. However gradually, gently, forcefully, or willingly they shift, it’s just a fact that they do and eventually all will. Ours will.  When civilizations fall, cultures uproot and new traditions move in. One deity is traded for another, or several, or none. Religions and rulers scurry.

On 17 March some Pagans celebrate Celtic Culture Appreciation Day.  I don’t celebrate anything in particular then, as my personal spiritual practice encompasses many Celtic influences that I honor on a daily basis.   However you observe the holiday,  thanks for joining me on this hop.  Comment on my site and others on the hop to enter the Grand Prize drawing. The 1st Grand Prize Winner gets to choose between a Kindle Fire or Nook Tablet, and the 2nd Grand Prize Winner chooses between a $90 Amazon or Barnes & Noble Gift Card! Commenters (18 or over–please be willing to provide a statement of age)) on my site will be entered to win an ebook of Belle de Nuit, featuring my steamy story “Party Favour.”  I will randomly select one commenter as the winner.

I tip my etheric shamrock in your general direction, wish you a peaceful Equinox,  and wish everyone better than the luck of the Irish.

24 thoughts on “Celtic Culture Appreciation Day, or Why I Meh St. Patrick’s Day”