Today Muhammed Sokhna is joining me. I’m thrilled, because I don’t often get a lot of male authors. Loving it, and you’ll love him! 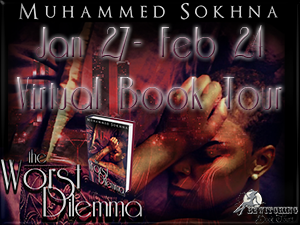 Who has been the biggest influence on your writing? How so?

My 11th and 12th grade literature teachers had the biggest influence on my writing. During the last two years of high school my literature teachers gave me tools that I would never thought I would utilize today. They gave me a basic understanding on how my words can be a channeled into a beautiful painting. It took me five years to fully understand what they were trying to tell me about writing. Writing is an art and deserves to be treated with respect. I strive hard every day so that my readers can always see the
beautiful painting that is craved inside my mind. 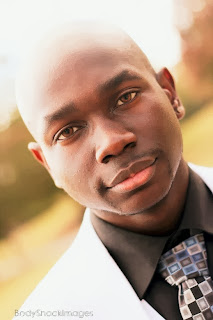 Pitch yourself to shiny, new readers in thirty words or less:
If you’re looking for humble author who can deliver new and engaging content, then you just stumble upon a treasure chest with a black man inside it and that man happens to be me.

Tell me about your groupies–what have been your favorite fan moments?
I had a co-worker who purchased my eBook and was surprised by the level of detail I input into my erotica novels. She keeps asking me, when will part 2 will be released? It makes me feel worthy and overjoyed that I can please readers with my work.

Every author has pitfalls in their writing process. Describe one of yours, and what you do to dig out of it.
One of my biggest pitfalls in my writing process is editing. The amount of time I had to invest just to get my manuscript to look right still gives me a headache. But, that’s why I pay money for a good editor. It makes the editing process so much easier. Also, the eBook formatting is a nutcracker for a new author. Thank God for eBook formatting services like eBook Launch. Without them, my eBook would look like shit in between someone’s beautiful verdant grass. Not a pretty picture.

My mother always joked about her special place in Hell—just punishments for guilty pleasures. What guilty pleasures will send you to your special place in Hell?
Hmm let’s see….Being too damn handsome is one. Indulging too much in sexual activity with my fiancé is another. Writing to erotica novels that are too steamy will most likely be my first class ticket to Hell though. 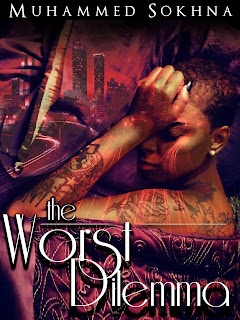 About The Worst Dilemma

The spark of all dilemmas is lies and deception

“Sometimes a man cannot fulfill what you need, especially a woman of your caliber, Channie.”- Ashley Leslie

Chantrelle Hayfield isn’t exactly content with her life. Yes, she has a house in one of the most lavish country clubs in Georgia, her car is paid off, and she has the multiple tattoo parlors around the city of Atlanta which provided her financial independence. Yet at the tender age of 22, Chantrelle knew something was missing. That something was a significant other.

Why flaunt your material possessions if you have no one to share them with? This is the question Chantrelle ponders on a daily basis, until her best friend, Ashley Leslie, decides to challenge her by taking their friendship to the next level.

Ashley Leslie has always been head over heels for Chantrelle. She’s smart, beautiful, and humble. What man, or woman, wouldn’t love her? It’s hard for Ashley to keep her feelings concealed from Chantrelle. After all, she was the first woman to ever lay in bed with her in college. It’s a feeling that Ashley yearns for again not because of the orgasmic stimulation but for the union the two shared. It was something she couldn’t see herself living without.

Ashley continues to press about elevating their relationship only to have Chantrelle avert from the situation, leaving Ashley feeling like an invaluable option. Little does Ashley know, she is an option but she has competition.

He is Rasheed Goodmen, Chantrelle’s neighbor. Rasheed’s first encounter with Chantrelle wasn’t exactly welcoming, but there was something about her that attracted him instantly. She’s beautiful, athletic, and mysterious. How can Rasheed not be attracted to her, let alone not pursue her?

The two promising prospects pop into Chantrelle’s love life making her dig deeper inside the trenches of her feelings. Even though Ashley is capable of loving her in ways most men can’t comprehend, can she really be with a woman? To add more onto her plate, a new man has appeared in her life in pursuit for her. Will she choose to her best friend or open a new door with Rasheed?

She’s pushed into an unsolvable dilemma but she has to find an answer quick because the deeper the involvement goes the more likely someone will end up with a broken heart.

Throughout Mr. Sokhna life, he searched for a purpose. At the age of eighteen, he went through some tough times. His girlfriend left him, his finances were not where they needed to be, his family was struggling to make ends meet, he lost his Hope scholarship, and was desperately trying to find out what was his purpose here on earth. The depression within him started to build and lead to an attempt of suicide.

With the love and support of his family and close friends, he slowly climbed back on his feet, but there was still one remaining problem. He still didn’t know what his purpose was, until he had a vision.

Mr. Sokhna purpose is to ignite the creativity within people and help them realize that life is much more than what meets the eye. He wants his readers to know that all that we ever done and all we will ever do in this world is just the tip of this iceberg of what could have been done in this life.